The legend of the Ogopogo has long been debated by both locals and visitors of the Okanagan. The origin of this legend predates white settlement when the First Nations people claimed to have seen this mysterious monster. Some claimed sightings go back to the late seventeenth century! The first recorded sighting by a caucasian individual was in 1872 by Mrs. John Allision, and since then the sightings have continued to occur yearly. 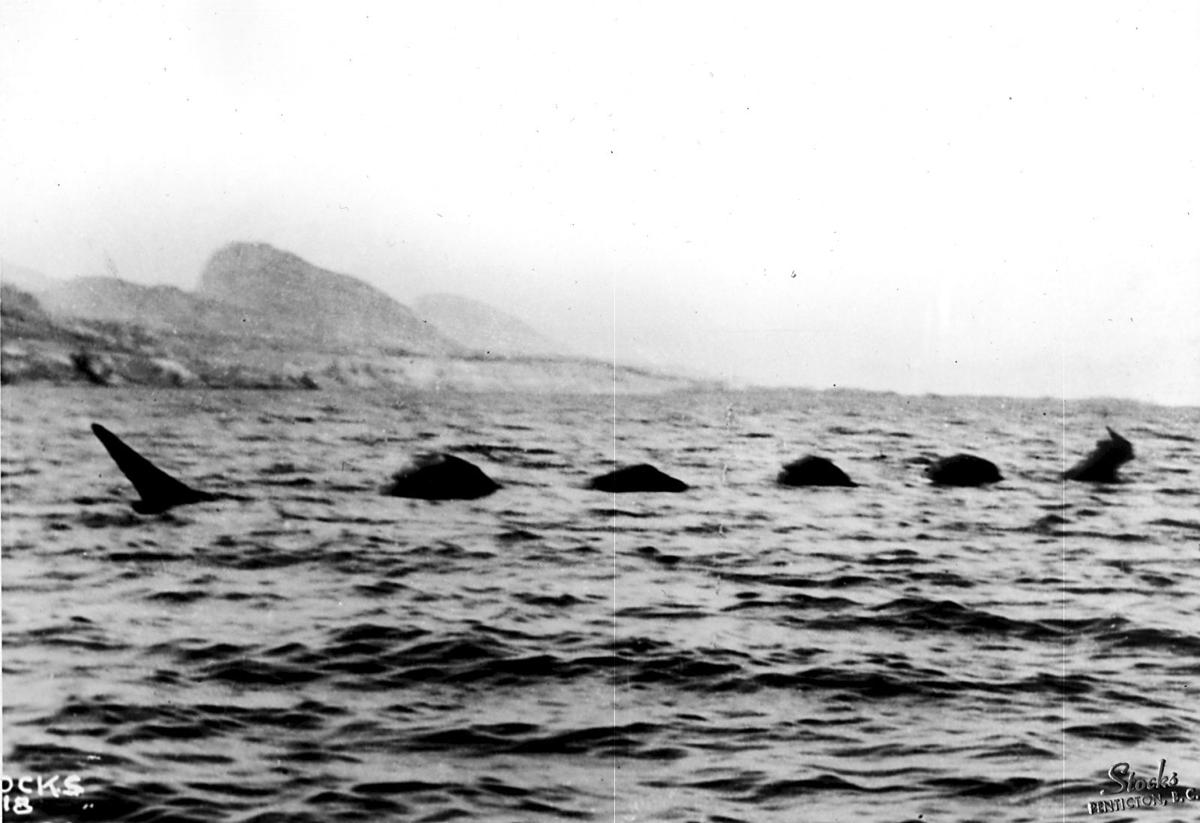 In 1890 the famed Captain Thomas Shorts claimed to had seen the famed creature but no one believed his fantastical story… that is until more and more reports of the giant beast began to flood the Okanagan Valley, suddenly his story seemed more and more plausible. Through the years descriptions of the monster have varied but many of the characterizations are consistent with one another.

The Ogopogo is believed to be a large sea serpent, 12-15m in length that inhabiting the deepest parts of Okanagan Lake; only surfacing on rare occasions. The Ogopogo is believed to be a surviving plesiosaur. Plesiosaurs are meat-eating marine reptiles, that existed millions of years ago during the Jurrasic Period. They lived until the K-T extinction period when mass destruction of animal and plant species occurred.

“Ogopogo is often described as dark and multi-humped, with green, black, brown or gray skin. The head is said to look like that of a snake, sheep, horse, seal or even an alligator. Some eyewitnesses say it has ears or horns; others don’t. Many sightings simply describe a featureless ‘log’ that came alive.” – Benjamin Radford, Live Science Contributor (January 7, 2014)

The old legends of the Ogopogo, or Naitaka meaning Water God or Lake Demon, claim it to be a demon-possessed man who murdered “Old Kan-He-Kan”, a well respected local man. The lake name, Okanagan, was chosen as a remembrance of the man. The Indian Gods punished the murderer by forcing him to live forever at the scene of his crime by turning him into the lake serpent we have come to know. His lair was believed to be a cave under Squally Point near Rattlesnake Island which is just offshore from Peachland. Avoidance of that area was necessary because if one were to paddle near it, their lives were sure to be ended by Naitaka. Sacrifices of small animals were carried by canoe to his lair in hopes of pleasing him so their own lives would be spared. Recent sightings have depicted the Ogopogo has a friendly sea creature who swims harmlessly down Okanagan Lake, occasionally making an appearance to keep his legend alive. So does this creature really exist?

According to many people throughout the years, it most certainly does. There have been many recorded sightings of the Ogopogo throughout history. In 1949 Dr. Underhill claimed to have seen several humps moving through the water where the Kelowna bridge is now located. He emphasized that there was no boat present and that the lake was calm. On July 13th, 1997, three people on a houseboat said they saw a 30-foot geyser on the lake and underneath the water, they could see a large dark object. This story goes along with the rumors that the Ogopogo is a pre-historic whale, which is supported by an old story from the 1920’s. Apparently, bones were taken from Okanagan Lake and identified in Victoria as whale bones, then returned to the Okanagan as part of a museum display, but mysteriously disappeared.

It is said that the Ogopogo is a distant cousin of another famous lake creature… you guessed it, Old Nessie! Though the legend of the Ogopogo has not yet surpassed the fame of its Scottish counterpart, our fin-cover friend has attracted attention from film crews from all over the world. Crews from Japan, Germany, the Walt Disney Corporation, National Geographic, and the BCC have expressed potent interest in the Ogopogo story. The BBC even claims that His Royal Highness and heir apparent Prince Charles is among the curious.  It seems that even those in our national government believe in the existence of such a creature. Did you know that the Ogopogo is actually a protected species? “Ogopogo is protected by Federal Law under the Fisheries Act and is specifically protected under Provincial Law under the Wildlife Act.” – Protection of Ogopogo

There have been dozens of references to our famed Ogopogo in popular culture. It has been included in songs, movies, books, and shows about the supernatural.  Not a year goes by without at least one or two claimed sightings of this lake monster. Perhaps the next time you are sitting by Okanagan Lake enjoying a nice calm day on the water, you should stare a little harder on the surface of the water. Maybe if you stare long enough you too will see the humps of the legendary Ogopogo and become an unwavering believer.

*Pick up your very own Ogopogo at the Vernon Visitor Centre today!